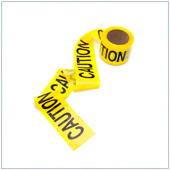 During a plenary session at the American Society of Safety Engineers (ASSE) Safety 2013 conference, OSHA Administrator Dr. David Michaels discussed his second term leading the agency and his hopes for the proposed I2P2 program.

In a June 25 plenary session at Safety 2013 in Las Vegas, OSHA Administrator Dr. David Michaels once again called the proposed Injury and Illness Prevention Program (I2P2) his “highest priority” but acknowledged that some consider the proposal controversial.

“I know there are people who don’t trust OSHA, who think we’re part of this regulatory state and that regulations are the reason for the [financial] crash in 2008,” Michaels said. “There are people who believe we regulate too much.”

But Michaels stressed that such a standard, which is designed to compel employers to find and fix hazards, could have wide-reaching ramifications in the occupational safety and health arena without creating economic woes for employers. During his presentation, he summed up the program by citing the following the sentence: “I2P2 would require employers to have an ongoing, investigative, preventative process in place instead of being reactive and addressing problems after an accident occurs.”
Michaels was quick to point out he did not write that sentence – in fact, the line was published in the Nation’s Restaurant News March 5 article, “Regulation Nation,” and was penned by an attorney opposing the I2P2 proposal.

“Would I want my son to work at a place with a preventative process or a reactive one?” Michaels asked. “If this is a burden we’re talking about, this is a burden we want to have. We’re saying to employers: We have to think about safety.”

When pressed for a timeline for I2P2’s possible progress, Michaels was unable to offer concrete dates and said he was “hesitant to predict anything.” He did, however, reiterate that I2P2 remained his priority, and he urged safety stakeholders to add their support to the proposal by talking to Congress, adding comments to OSHA’s docket and offering public support.
“I hope you’re with us,” he said.

Michaels also addressed the fact that he will continue to lead OSHA throughout President Obama’s second term, saying he was “very pleased to be able to stay.”

“It’s always difficult during a transition,” he said. “We’re able to continue to move in the same direction. As we learn more, we’re slightly refocusing, but essentially our direction will remain the same for the next three and a half years.”

During a question-and-answer session following his prepared marks, Michaels addressed the concern that small employers may have difficulty complying with OSHA requirements like I2P2. Michaels was steadfast that safety is nonnegotiable, no matter the employer’s size – comments that were met with a smattering of audience applause.

“If you have a small employer with high hazards, they’ll need a safety and health professional. That’s just the cost of doing business,” Michaels said. “Small employers will be able to get information from the Web, from trade associations [and elsewhere] ... they shouldn’t be running an operation that isn’t safe. If they can’t afford to do that, they should think about whether they can afford to be doing this business.”